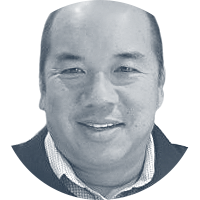 From 1997-2014, Michael was a Managing Director at Nautic Partners, LLC, a private equity firm based in Providence, Rhode Island. While at Nautic, Michael had responsibilities for Nautic’s Deal Origination and Investor Relations activities, and was involved in multiple new investments for the firm. He was also the Chief Compliance Officer, and a member of the Investment Committee and the Valuation Committee. Michael currently serves on the Board of Directors of three Nautic portfolio companies.